What is Behavioural Science?

Behavioural science is the branch of psychology that empirically investigates what drives and influences human behaviour and how we can change that.   It is based on the principle of determinism.  Scientists believe that the world is not chaotic or random, but that all things occur as a result of the interaction of observable phenomena.

It has its origins at the beginning of the 19th century.  The study of consciousness and thought through introspection was the norm at that time.  In 1913 John Watson argued that psychology should focus instead on observable behaviour.

At around the same time Pavlov proposed his theory of classical conditioning based on his work with dogs. The provision of food came to be associated with the sound of a bell.  Once the association of food and bell ringing was established through repetition over time the sound of the bell alone would evoke the response of salivation that was originally evoked only by the food.

Humans also learn in this way. Think of the many adverts that associate cute animals with a product – because most people like animals these kinds of adverts are very effective in creating positive opinions of associated brands.

Such learned associations are not forgotten, even though they may fade.  Old associations and responses may easily reappear in times of stress and uncertainty.   Many anxiety disorders and phobias are based on classical fear conditioning. 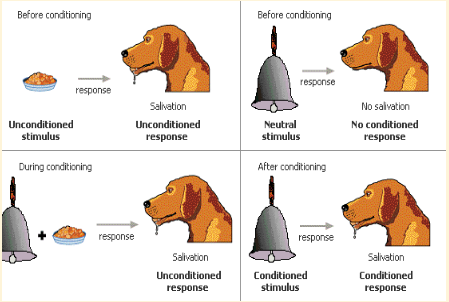 B.F. Skinner, acknowledged as the most influential psychologist of the 20th century, conducted extensive experimentation with animal behaviour beginning in the 1930s.   Using pigeons he established the existence of a different form of learning where actions are controlled by their consequences.  ‘Operant’ is the combination of ‘operate’ and ‘environment’.

The model is Antecedent (cue or trigger) –> Behaviour –> Consequence

Behaviour that has been learned in one situation may also occur in a similar situation.

However some behaviours may only be produced (or avoided) in particular situations.

The extent to which this occurs depends on the intensity and relevance of the cue and the extent of other distractions in the environment.

This is the dynamic that underlies difficulties with training transfer – if the learning situation is very different to the workplace the new behaviours will not be prompted.

There are different types of possible consequence.  Reinforcers and punishment,

Reinforcers increase the likelihood of the behaviour.  These are consequences that are positive for the individual (according to their preferences).  Reinforcers can be positive or negative. 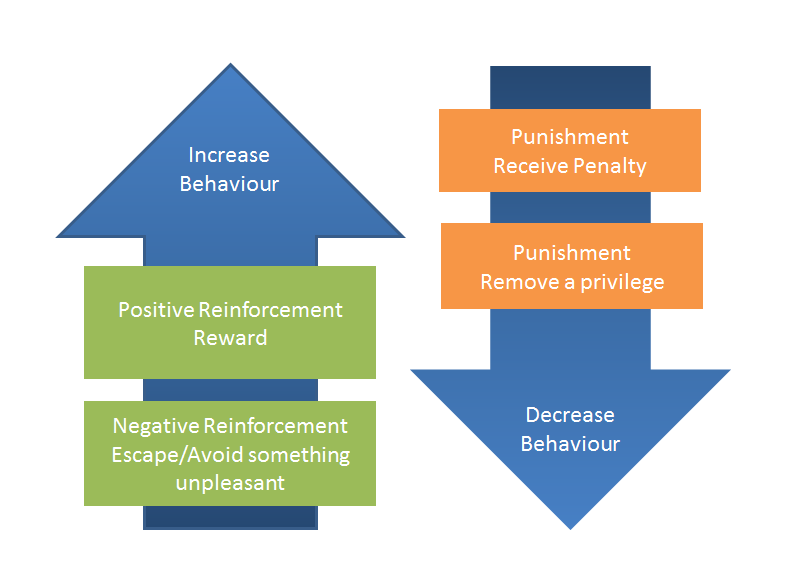 Skinner established that actions increase as the rate of reinforcement increases, especially where the rate of reward is not fixed, but is variable and unpredictable, as in real life.

Where there are choices the option that brings the greatest reinforcement will be chosen.

Thus reinforcement and punishment consequences can be used to shape and change behaviour.

There are some factors, other than the size and timing of the consequence, that affect the power of consequences on behaviour and learning. 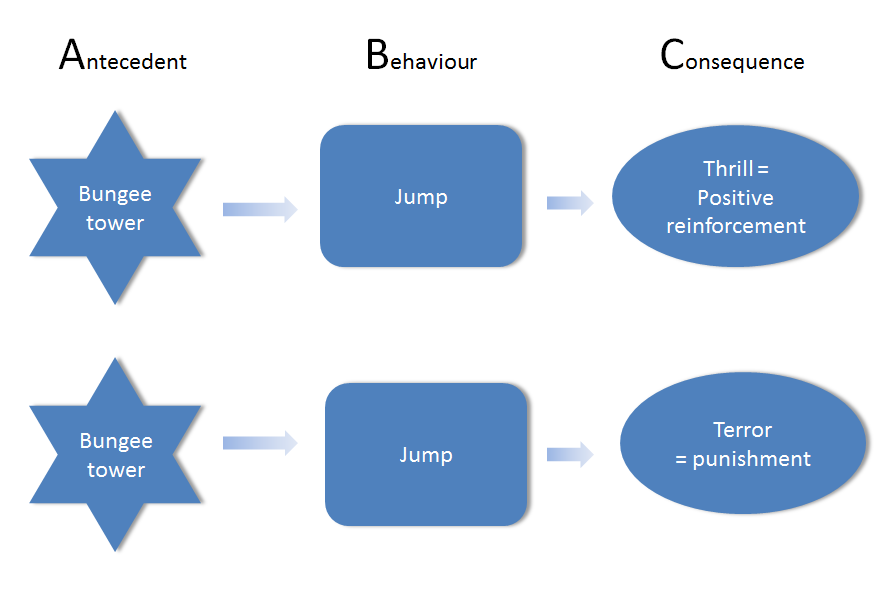 Different people will react differently. What is positive for one person may be a negative for another.

Another common form of learning is by observing the actions of others and the consequences they receive.

How is behavioural science relevant to the workplace?

Consider that every action at work has a prompt or a trigger of some sort, and it has a consequence for the individual.

Many common workplace people management practices are in direct contradiction to what we know about human behaviour and learning.  They produce unintended consequences. 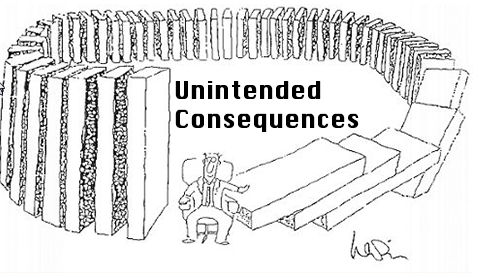 Let’s start with antecedents – the triggers – for work performance.  Probably the most important antecedent for job performance is a clear understanding of what is expected.  In most organisations job descriptions are of poor quality.  They are not aligned to organisational purpose, and most are out of date, and out of view.

Setting a few goals in a performance appraisal form does not communicate the full scope of someone’s job.

Very often what is measured in an organisation becomes the cue for action. Typically organisations measure what is easy to measure – not what is important.    For example the call centre employee measured and rewarded for signing up new accounts.  Later it is discovered that most of these are cancelled because the person called did not understand.

Sometimes the trigger will be a situation in which one’s previous actions paid off well.  For example we took a day off to avoid a task we didn’t want to do.  Someone else filled in and did the task for us.   Great! We will do that next time too.  There are many organisations where nothing is said about frequent absenteeism, so it is inadvertently encouraged. 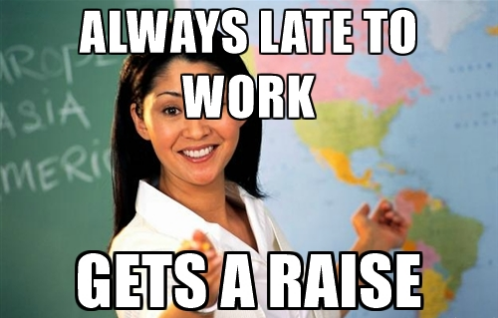 The actions of others are also cues and antecedents – we are likely to emulate those actions we see get a good outcome for the person.  Sometimes these outcomes may be good for the individual but not for the organisation.

When such actions that adversely affect the organisation are not addressed – such as spending time on social media at work, others will adopt the same behaviour.

In many organisations and performance management systems the consequences are severely out of balance.

The most common example is the person who does the minimum needed to get by.  They will get a passing grade for performance and an annual increase.

Other team members have to do more to get everything done.   In most cases this is taken for granted, and they will get the same passing grade and annual increase.

For the person  who does the minimum this is a positive consequence.  So this behaviour will be encouraged.

The other team members are punished by having to do extra work for no extra reward.  Over time they too will put in less effort.

Many employee surveys show that staff believe they receive little or no feedback from managers on their work.  That means there is no consequence in the behaviourism sense.  When consequences are removed motivation for action is reduced and lost.    Those who enjoy their work will be self-motivated.   However research shows that the majority find their work is not highly enjoyable. They will be more affected by demotivation. 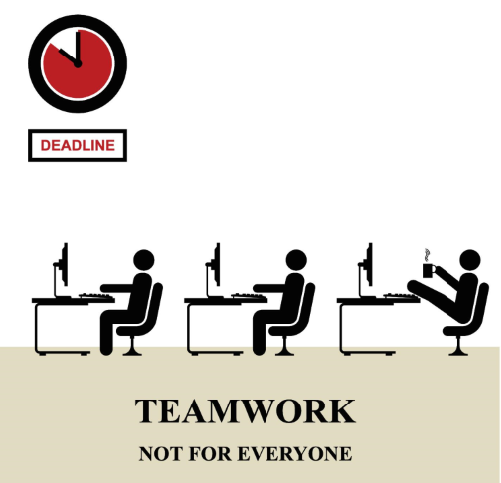 Not least a performance management system that spans a whole year represents a big delay between action and consequences; recognition and reward.

In the social sciences applied behaviour analysis is used as a tool to improve performance and reduce or eliminate unwanted behaviours.

Much work has been done in Organisation Behaviour Management to improve customer service and safety practices in particular, using the techniques of behavioural science.

An evidence based model of work performance 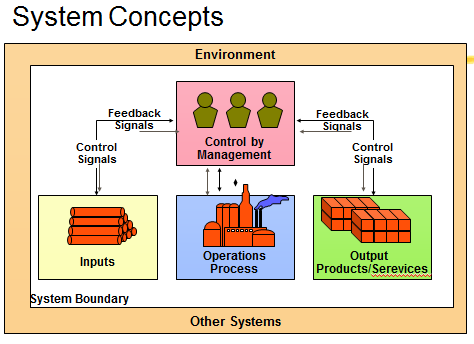 The Centranum model which underpins our software platform combines behavioural science and a systems view of job performance.

A systems view consists of inputs, process and output occurring within an environment, with a feedback loop.

This aligns with the Antecedent – Behaviour – Consequences model of Behavioural science.

In terms of work performance inputs/antecedents are clear expectations – of the job role, the values of the organisation and any specific goals.    A performance management system should have tools to enable expectations to be defined, communicated and updated in real time – not once a year.

People must have the skills, abilities and knowledge to meet those expectations.  A performance management system needs to have tools for analysing and communicating capability requirements, and for identifying and addressing gaps.

People act based on their perceptions of what is expected. Perceptions may not always be accurate.   A performance management system should have a means of continuously checking and aligning perceptions so that manager and staff member would tell the same story if asked the purpose of the job. 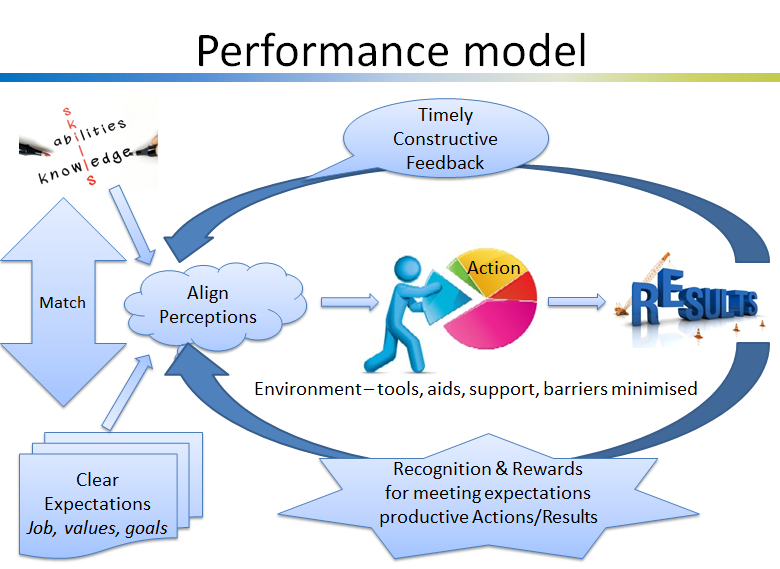 Process in the systems view and behaviour in the behavioural science model are the actions people take at work – the tasks they perform.   Actions may not always produce the desired outcomes – outputs/results for the organisation.   A performance management system should define both expected tasks and expected outcomes.

In the systems view the feedback loop is the monitoring of tasks and outputs. Information from this is used to clarify perceptions of expectations, provide guidance and remove barriers to performance in the work environment.

Performance Management systems must have the tools to measure task performance and outputs and to capture information on the important factors in the environment, and ensure that staff receive timely feedback, appropriate guidance and resources.

For the individual the feedback loop influences perceptions of work.   In this case feedback is part of the consequences for the individual.   In the absence of feedback from the manager it is assumed that what I am doing is Ok – or is not important.  In these circumstances I am less likely to repeat the action.

An example is thinking outside the square to creatively solve a problem.  If I am not recognised for this I will be less likely to share good ideas next time.

If I take an action and the outcome for me is positive, I receive praise or acknowledgement,  I am likely to repeat that action.  If on the other hand there is a negative outcome for me,   I may avoid that action in the future.   A common example is the person who steps in to help a colleague under stress, and ends up being expected to carry that extra workload on a permanent basis.

Finally we know that if feedback is delayed it is less effective in shaping behaviour.  The Performance Management system must support managers to provide the right consequences/feedback for the individual in real time – not once a year.