Negative work behaviors are voluntary behaviors that violate significant organizational norms and threaten the well-being of the organization or its members.  Some examples are;

The target of the negative behaviors can be the organization, other individuals or even the self.

As might be expected there is a significant negative effect on organizational effectiveness.

Much of the early research investigated negative work behaviors in terms of personality, finding links with some high level personality factors.  This suggests that selection procedures can be used to reduce the likelihood of negative work behaviors.   However personality measures are not reliable indicators of future behavior.  Personality is by definition an enduring preference for certain patterns of behavior, so once a person is on board, very hard to change.

Recent research has focused on factors that are more amenable to change. Dysfunctional leadership can have profound personal psychological effects on staff.   These include stress,  the undermining of self esteem and self efficacy which adversely impact job performance.     DL is associated with a loss of commitment to the organization, negative work behaviors, and intention to leave.

The prevalence of perceived abusive leadership behavior has been estimated to affect 13% or more of the workforce based on survey data.  Other aspects of dysfunctional leadership are likely to affect many more. Negative feedback is feedback that indicates that employee performance does not meet organizational expectations.  Drawing attention to performance gaps with the aim of closing them is a key part of performance management.

Many managers avoid giving negative feedback,  seeing this as one of the most unpleasant aspects of a management role.  This means that performance gaps are often not addressed.  Sometimes the feedback is made so vague or watered down that it is useless.  Sometimes poor performance is  allowed to build to a point where frustration causes the feedback to be given in a dysfunctional manner.  When managers do not address poor performance, good performers may become demoralized and/or exit the organization

The scarce research on comments in performance appraisals show they tend to be ineffective because they are too general and too short – where they exist.  One study found 44% of staff reviews had less than 5 sentences for a whole year’s work on average. There was very little negative feedback, only 14% contained any suggestion for improvement,  with only 2% of those primarily negative feedback.

The discomfort distracts people from the message in the feedback and puts them in defensive mode. They may perceive the feedback as meaning they are incompetent.   In many cases negative feedback becomes demotivating,  prompting denial rather than an effort to close the gaps.

Receptivity to feedback does vary with personality.  People who are low on some of the Big Five personality factors – agreeableness, emotional stability, conscientiousness and openness to experience are more likely to respond poorly to negative feedback.

Research shows that the commonly given prescriptions of making feedback timely, specific and task focused are not enough to prevent bad feelings.

What is needed is a focus by managers on communicating the positives as well as the negatives.  It is vital to protect and nurture the staff member’s feelings of self-efficacy which are closely linked to job performance.

Recent research points to the following as being effective; 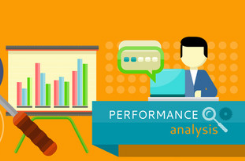 A performance management system has the central purpose of influencing employee work behaviors in pursuit of organizational outcomes.

An enabling PMS is one which is flexible and which allows employees to  determine how best to achieve a set of goals.   A coercive system is one where employees are given goals – told how to achieve them and have no flexibility to change this.

Generally employees with an enabling system feel more empowered and committed and have more job satisfaction.  Employees want freedom and meaning in their work,  thus the use of an enabling PMS decreases NWB.

This is the case at the individual level, even where an individual may put their own interests before that of the team or organization.   This because they have the freedom to choose a range of work behaviors that benefit themselves but that are not negative work behaviors that will adversely impact the opinions others have of them.

However in the case where the entire team has intense self-interest,  and is highly cohesive, they are likely to engage in group think and NWBs that promote their self interest.    This is because there is no constraint of the opinions of others. 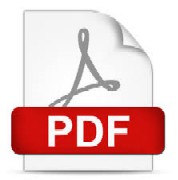