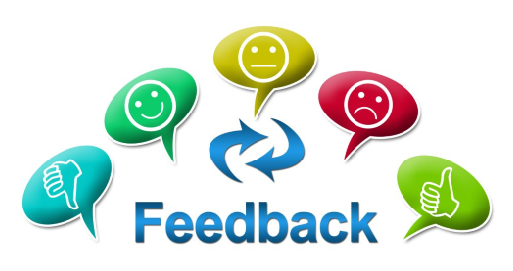 “The adoption by the behavioural sciences of the concept of feedback, a well-defined technical term, has not been without mishap.

Nowhere is this clearer than in the feedback given as part of an employee’s annual or quarterly performance review.

Much of what passes for feedback there isn’t feedback at all. At its worst, it is a mix of unfounded criticism, irrelevant personal judgment, and expectations that are being shared for the very first time.”

Unfortunately this is as true today as it was back in 1995.

What is performance feedback?

The concept of feedback originated in Operations.  In its original sense, feedback is a control mechanism that regulates processes.   Feedback is ongoing.  Rather than serving to produce major changes it is designed to keep the system within a range of acceptable performance, with minor adjustments.    Much feedback occurs naturally. 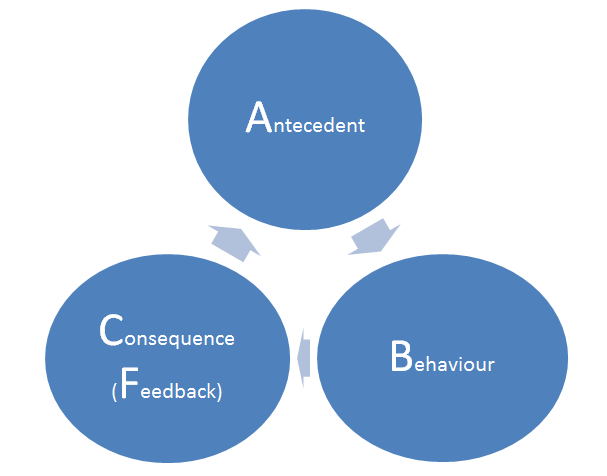 However feedback per se is not always a positive thing. Its impact is very dependent on the way it is delivered and perceived.   One review of research on feedback found over one third of the studies recorded a negative relationship between feedback and performance.  4

The emotions associated with behavioural consequences – pleasure or discomfort – become triggers or prompts for the future.  People will avoid actions with negative associations.

Many performance management systems implicitly assume that when employees want to know how they are doing this should be communicated by some form of rating.   Ratings enable comparison with others.   However given the choice most people prefer to avoid potentially uncomfortable comparisons.

Effective feedback is timely, actionable, and specific in terms of behaviours and or task results. It is communicated in a positive way.

Organisational politics and lack of role clarity are key problems of most performance appraisal systems.

When a quality feedback culture is established research shows that staff perceive organisational politics to be less  prevalent 2  and they have more clarity about their roles 3 – an important pre-condition for effective performance.

Work environments with high levels of quality feedback between supervisors, their staff, and co-workers have reduced levels of uncertainty and ambiguity.  This is because the feedback given guides, motivates and reinforces positive work behaviours and discourages unproductive ones.

In such environments staff have improved work attitudes and better engagement. 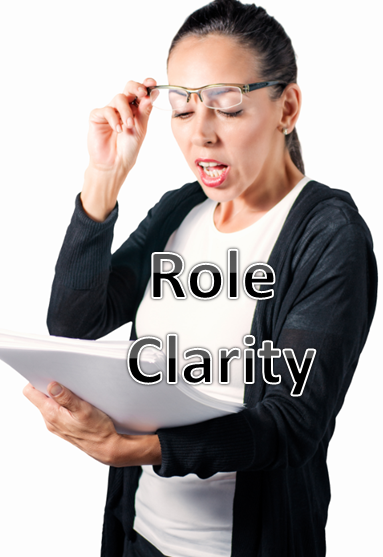 The emotional aspects of feedback

Unfortunately a frequent finding in engagement surveys is that performance feedback is perceived as poor or even non- existent.    Many managers find giving feedback uncomfortable and often avoid it.

Instead of being an objective process, feedback is perceived as an emotional experience – external to the recipient where she or he has little or no control of it.  Positive feedback is viewed as complimentary, pleasing and, generally speaking, consistent with the recipient’s self-image.  Negative feedback is seen as critical, apt to be rejected if not delivered skilfully, and almost as unpleasant to give as to receive.5

This is because most people believe themselves to be above average. Often self ratings of performance are higher than those given by managers, colleagues or subordinates.  We tend to attribute success to our own endeavours and failure to external factors.   Feedback that is objective and accurate may therefore seem harsh and unjust.

Pre-requisites for a Performance Feedback Culture

Several factors are required for the growth of a feedback culture. 6  Staff should perceive that;

Feedback recipients make judgments about the qualifications of the feedback source. The source of the feedback must be credible and trusted whether it is information from an organisational system, or the opinion of a supervisor or colleague.   For credibility opinions must be evidence based, that is based on unbiased observation and documented data. 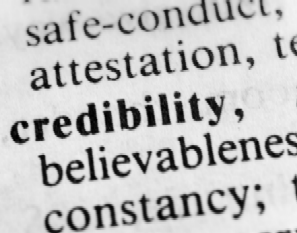 The feedback must be perceived to be useful.   It must provide information that is relevant to the job of the recipient, not vague and general.  It must be sufficiently detailed to provide guidance as to how to improve.  It must talk about specific examples of actions, outcomes and their consequences.

Feedback must be provided when warranted and must be balanced.   There must be positive feedback – praise for a job well done, but also people need to know when they have missed the mark, so they can get back on track.

Feedback must be delivered in a supportive and tactful manner with an emphasis on being constructive and moving forward.

There should be recognition that people vary in their reaction to feedback.  High performers are less likely to accurately process feedback and change their approach than those who have a strong learning orientation, especially if the feedback is general in nature. 11,

Those people who are motivated to act so as to look good or to avoid looking bad, are also less receptive to feedback. 12

Younger employees are more likely to use feedback positively to improve performance and advance career prospects.

People receive feedback more positively from those they perceive to be similar to themselves, especially where there is racial diversity.

Feedback needs to be frequent and timely to be effective.7, 8  Staff must receive regular feedback on their progress for them to know that they are producing the right results.  Likewise, poor performance should be appropriately tracked and managed in timely manner rather than letting it build up to crisis point.

Timely feedback leads to self-insight, awareness of opportunities and self-confidence, building the morale and engagement vital for staff retention. 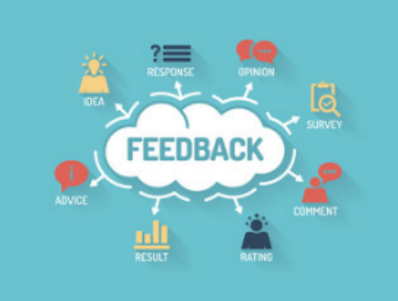 Sources of feedback should be readily available – including relevant operational data.

Managers should be seeking feedback from their staff on their leadership style, support and guidance.  Feedback sessions provide an excellent forum for staff to voice their concerns and for clarifying misunderstandings relating to job requirements and performance before they escalate into a crisis 9.

In most organisations there are several sources of expectations for staff. Usually there is a job description, despite the so called wisdom that none is needed, perhaps a set of specific objectives or ‘Performance Plan’, and often a standard set of core competencies or values – behaviours deemed desirable by the organisation.

Perceptions of what is expected change over time – so there needs to be regular tracking and updating of expectations.  Over time, staff may have additional responsibilities or the organisation may have changed its goals.

Staff expectations should therefore be monitored, tracked and updated to reflect these changes to ensure clarity.  Research has shown that the clearer the expectations, the less feedback is required.13 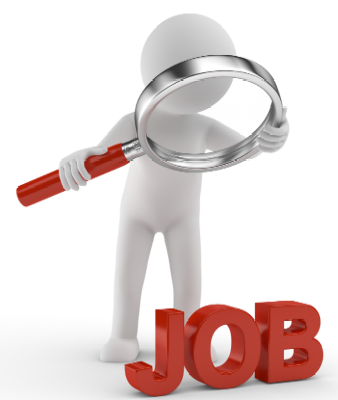 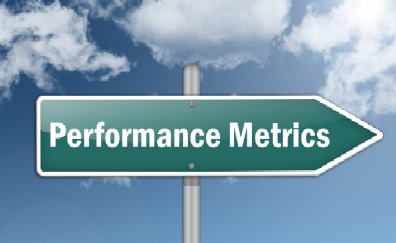 People pay attention to what is measured.  In fact, just the monitoring of performance, without any subsequent management action such as feedback, rewarding good performance, eliminating barriers to work effectiveness, is enough to improve performance on its own.14

Obviously staff must be aware of the monitoring. It is suggested that the frequency with which a manager monitors a subordinate’s performance may help shape that subordinate’s beliefs about the relative importance of his or her various work activities, and the likelihood of reward.

Such outcome expectancies are an essential element of many cognitive models of work motivation, and are assumed to guide behaviour before (sometimes long before) the outcomes actually materialise.

It is critical therefore to have some means of monitoring those expectations you have of staff, in a way that is transparent and as accurate as possible.

Monitoring and feedback can be done formally or informally via;

There is evidence to show that the more frequently monitoring occurs, the better performance will be.14

Professional people have greater job satisfaction, and better organisational longevity, when they are able to monitor their own performance, with management oversight.

In order to make self- monitoring effective staff must have ready access to performance and capability expectations, means to measure themselves against expectations and a method of capturing the results.

The purpose of monitoring performance is twofold – firstly to identify and rectify gaps in performance, secondly to provide positive reinforcement for positive outcomes. In identifying performance gaps the use of a structured performance diagnostic checklist helps to identify probable causes of poor performance.

It is much easier to address performance problems when you are sure of the underlying factors.

What is of most relevance in the workplace is that actions that have no consequences tend to die out over time.

Feedback is a consequence of actions – so constructive feedback will promote more of the same. Conversely, lack of feedback means that staff may change their priorities to those actions that get a positive response – if not from their manager, then from customers or colleagues.

In addition to informal day to day feedback a brief more formal monthly catch up or “one on one” is a good practice. 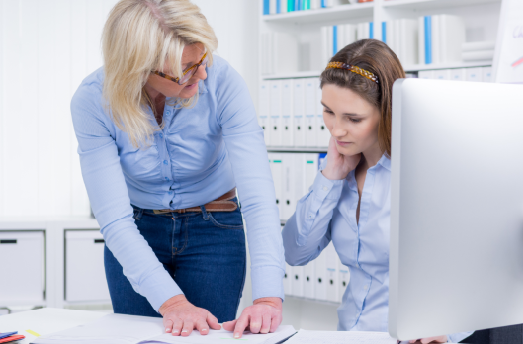 Feedback occurs within the context of a work environment that must be supportive. Two aspects are of particular importance.

Elimination of barriers to performance

Performance barriers in the work environment can negatively affect organisational effectiveness, and cause employee frustration and dissatisfaction.    These barriers may relate to role conflict, problems with tools, equipment, materials and supplies, lack of support and assistance, inadequate training and education, insufficient time or resource budget.

Eliminating or minimising these barriers is the role of management.  Organisations need to encourage individuals and teams to speak up and to provide feedback to managers as well as engaging in problem-solving to help address the issues.

One of the biggest contributors to employee engagement and commitment is perceived fairness.   Conversely when staff feel they are not being treated fairly they become disengaged, their performance drops and they contemplate changing jobs. anisations need to be very careful that the performance monitoring, evaluation practices and tools they use provide a platform for fair, transparent and accurate feedback.

360° reviews provide the opportunity for staff to gain feedback on any aspect of their role from multiple individuals (e.g. direct reports, peers, managers and clients), usually in addition to a self-assessment.16  The resulting information can help provide a more accurate and useful viewpoint about the staff’s skills and areas for development.17

Whilst 360° reviews can be highly effective in gauging job performance, organisations need to be careful in selecting the raters – staff who have been given the opportunity to have some input in rater selection are likely to have higher levels of perceived fairness, feedback usefulness and rater credibility.18

What tools are needed to implement a feedback culture?

The use of a performance diary has been shown to be effective in improving the quality of performance feedback 19.

Crowd sourced feedback, using social media format platforms, while promoted by some vendors, has been judged a “psychometric train wreck”.   Feedback can be provided by anyone, is usually only positive and often provided on a quid pro quo basis by the politically savvy to enhance their standing.  In free text form it is not easy to analyse systematically.

Performance diaries are useful in promoting self-management and encouraging participation from staff.  In the process, they eliminate ‘administrivia’ and ensure fairness, credibility and transparency in the performance management process.  To maximise the benefits, they should: 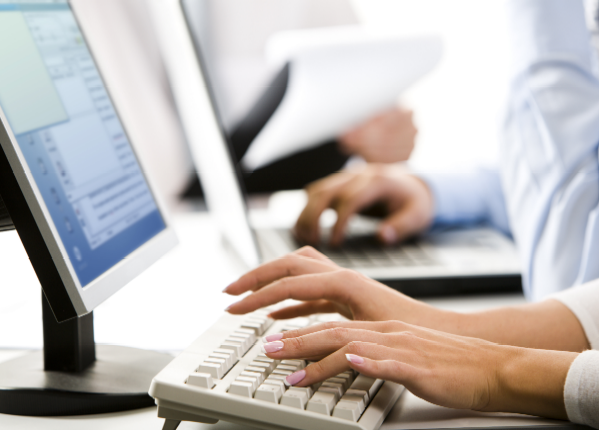 To make performance diaries truly effective a reminder system is ideal, along with a protocol on how the diary should be used.

For information on Centranum Feedback tools