Leadership is the art of  being, acting and communicating so people take the actions you want them to because they share your vision.

Many theories have evolved as to what is needed to achieve this.  Whilst early theories focused on the characteristics of successful leaders, unfoprtunately the only distinguishing characteristics found were that they were usually taller and more intelligent than the average person.

Next up the behavioural approach.   Following what Behavioural Scientist Norman Gilbert later called the great Cult of Behaviour  researchers looked for what behaviours were exhibited by successful leaders.   McGregor’s Theory X /Theory Y distinguished between assumptions leaders have. Theory X leaders believe staff need to be directed and even coerced to perform well.  Theory Y leaders believe in the potential of people to take responsibility and achieve when committed.   Thus Theory X leaders are more directive and Theory Y leaders more democratic.

The Blake and Mouton Managerial Grid elaborated on this with quantitative dimensions of task versus people focus that enabled categorisation of leadership styles such as laissez-faire, authoritarian, team building and country club management.   Organisation management is a balance of task and people focus. 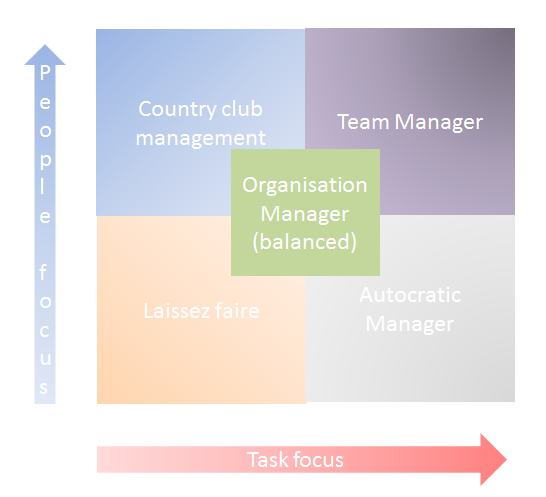 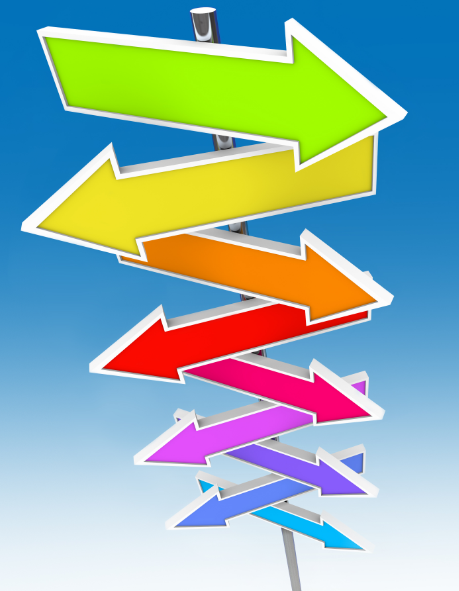 This somewhat simplistic approach did not allow for the fact that not all situations are the same.  Leaders need to be able to adapt depending on the situation.

Hershey & Blanchard suggested style can be adapted according to employee maturity.  Leaders can be more hands off with employees who are mature, knowledgeable and practised in their role.

Tannenbaum & Schmidt used the variable of employee participation in decision making to propose leadership styles – Telling, Selling, Consulting and Joining.  For example in emergency situations it may be appropriate to Tell staff what to do.

Supportive leadership theories place the focus on enablement.  According to Adair the leader must facilitate, task, individual and team.  The leader structures tasks,  reviews and supports individuals and develops the team.

Belbin suggested effective teams require a range of roles,  such as innovators implementers, inspectors and coordinators.  The role of the leader is to recognise their own role and effectively delegate and support others.

On the other hand, transformational leadership is needed to manage the change and adaptation organisations need to prosper in today’s highly dynamic competitive environment.    Transformational leaders take a long term more strategic view.  They communicate vision and purpose, align systems with strategies and inspire people to achieve to their potential.

Leadership development needs to build on the basic attributes that identify those with potential to lead successfully, with projects that provide a range of contexts, and coaching that helps individuals to recognise and adapt to the demands of different contexts. 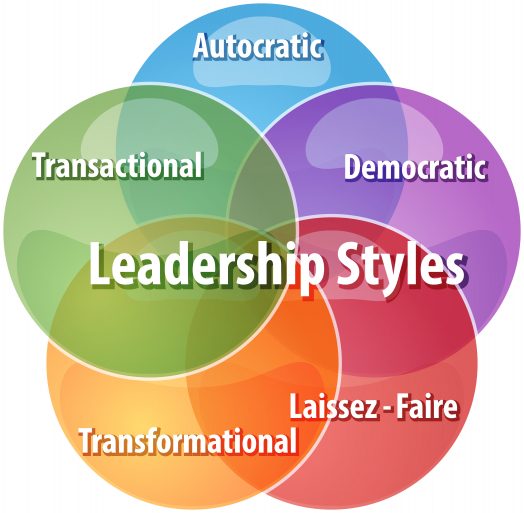 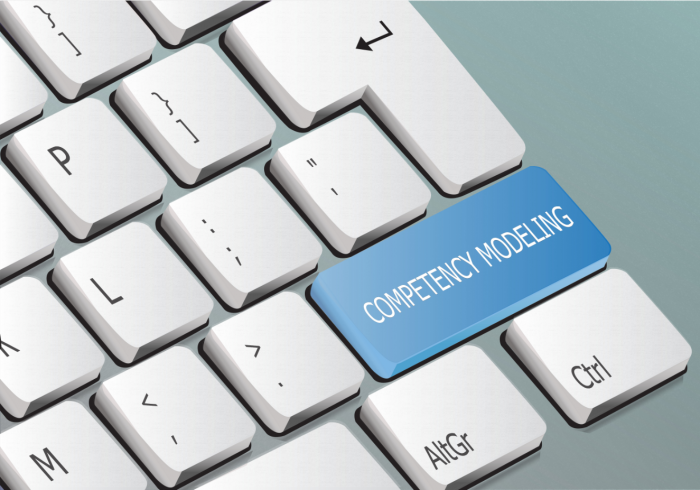 How do we then use theory to help build valid models of leadership competence?

First analyse the environment that you operate in.  Is it stable or is it rapidly changing.  This may differ according to level and types of activity within the organisation.

Second consider the experience and expertise of the staff.  To what extent do they need direction or to have a high degree of autonomy.

Finally consider the extent and speed with which the organisation must adapt to survive and succeed.

Research the relevant theories – see resources below – to find the kinds of knowledge and behaviours associated with the various leadership styles.   In building your competency model you may need to include competencies a wide range of  leadership behaviours. It is important to consider these in terms of operational situations and leadership levels.   Your model may include levels, assuming that leadership styles need to change, becoming more transformational according to seniority.